The Culmination of Kun-Yang Lin’s Two-Year Training Program, but Not the End 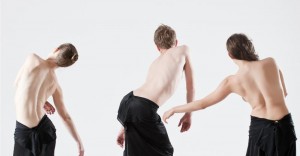 At times unfolding like a book, a two-year comprehensive training program devised by Kun-Yang Lin read through meditative arts with Hsu-Hui Huang of Taiwan’s Cloud Gate Dance Theater, the martial arts led by Dr. Chik Qadir Mason and the art of moving with objects with puppet artist, Hua Hua Zhang. Each master wrote a workshop plan that took the dancers of Kun-Yang Lin/Dancers and other participants along a story-line that steeped them in their areas of artistic expression. In November, Losang Samten authored the final chapter in the project with workshops titled Tibetan Sacred Ritual and Dance.

As a child in the late 1950s, Samten escaped with his parents from Tibet to India. A former Buddhist monk, he first came to America in 1988 at the request of the 14th Dalai Lama to demonstrate the sand mandala art form, the first time the Tibetan mandala was seen in the West. In the following year he moved to Philadelphia, founding the Tibetan Buddhist Center here and making the city his home base ever since.

He’s since become a 2002 NEA National Heritage Fellow, a 2004 Pew Fellow, but may be best known for his role in Martin Scorsese’s 1997 film Kundun.  He played the role of Master of the Kitchen and served as religious technical adviser, sand mandala supervisor and, having been the Dalai Lama’s Ritual Dance Master at the Namgyal Monastery in Dharamsala, oversaw the choreography and dancing.