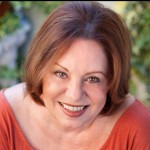 I’m Merilyn Jackson. Briefly, I have been writing regularly on dance for The Philadelphia Inquirer since 1996 and prior to that on dance, theater, food, travel and Eastern European and Latin American fiction in many publications, including tanz magazin, Berlin, and now, Fjord Review in Toronto. More than 1100 of my articles have appeared in publications as diverse as The New York Times, The Warsaw Voice, The Arizona Republic, The Phoenix New Times, MIT’s Technology Review, and Arizona Highways, Dance, Pointe and Dance Teacher magazines, Broad Street Review and www.exploredance.com. My poetry has been published in Cleaver Magazine, Columbia’s Catch & Release, Poiesis Review 6, Poetry Nook, Poetry Ink, Andrei Codrescu’s Exquisite Corpse, and Broad Street Review. In 2012 she attended poetry workshops at Colgate University and Sarah Lawrence College, working with poets Peter Balakian and Tom Lux, respectively.

A member of the Dance Critics Association (DCA) since 1997, I served on its board from 1998 – 2004 and co-Chaired the DCA’s 2004 30th Anniversary Conference in its founding city, Philadelphia.

In 1982 I co-founded a committee which supported the Solidarity movement in Poland raising $80,000 for the underground press, mainly for Gazeta Wyborcza, now Poland’s leading daily.

In previous careers, I owned and operated two cheese and gourmet food shops, doing a brief stint as a pastry chef for several Philadelphia restaurants, and then ran publicity for the Relâche Ensemble which gave me an in-depth education in contemporary classical music. This last experience has been very valuable to me as a dance critic as I know the works of many of the living composers used by contemporary choreographers.

I like to say that the interests and experiences I’ve listed will all come together when I write a novel about an anorexic Polish ballerina who leaves the stage to write a cookbook. But I can begin to give them a good gloss here on Prime Glib.

So why call this blog PrimeGlib and why use an image that will surely turn off many none carnivores readers? Because I am an animal that, like other animals, eats other animals and I enjoy the occasional joint. The beef says juicy, raw and sanguine – in both the cheerfully optimistic sense and the bloody – and I have never been anything if not meaty. I therefore let a standing rib roast stand for me.

PS: But Hubs says: Yeah, but you are a baker, too, and make desserts and sauerkraut and pierogi and just wrote about wine and chocolate…so don’t let the meat head you solely down one road or the image define the whole taste. PrimeGlib is a pun for the tongue; you could have have called it ‘sweetbread thought’ or something…