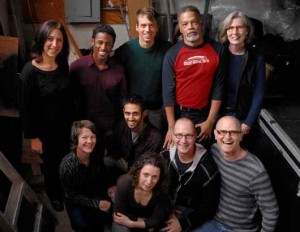 Well, the sandwiches at Paesano’s are not rocks, but the concepts and their execution rock. Oops, my bad saying execution in connection with a South Philly foodery, down here where so many mob hits took place after a fine last meal. These included Angelo Bruno, who had dinner with the “Geator with the Heater” Jerry Blavat within an hour of being shot in his car outside his Ninth and Snyder home, (a mere mile from Paesano’s at 901 Christian) and John Calabrese outside of a mob restaurant a year later.

The night Bruno was murdered, March 21 ,1980, my husband and I had just flown in from Jamaica, arriving at Philly airport at about 10:30 pm. I had insisted on bringing back a Ritz cracker box full of some weird pods that a gang of machete wielding domino players insisted were Jamaican Blue Mountain coffee beans. We knew they weren’t but we were alone on a “plantation” our driver had taken us to and they wanted $8 for the box. Over my husband’s objection, I paid. I don’t argue with men with machetes.

At customs, I placed the blazing bright orange plastic bag with the Ritz box on the floor in front of the counter. Not a single customs agent noticed. All were chattering away about Bruno. And that is how we could have gotten away with smuggling in a kilo of ganga, had we known.

I never thought I’d be living around the corner from the scene some 25 years later, but here I am. I’m also in what I call Food City, which I locate between and around Passyunk Avenue, the Italian Market and Whole Foods on South Street.

Much as I love to cook, grill and entertain, trolling for ready-made meals in the area is a treat too. At Fond one night I met Billy, one of the sandwich makers at Paesano’s, and he urged me to stop by. So after a Tai Chi session at Chi Movement Center just below Pat’s Steaks one too-hot-to-cook day, I headed up to Paesano’s. The Ninth and Christian location is their second and the esteemable Modo Mio at Hancock and Girard Ave runs it, as well as the first location just across Girard.

For my husband I chose a Giardina — roasted eggplant, fennel, peppers and onions, mozzarella and basil pesto.

For myself, I picked up a Paesano — beef brisket, horseradish mayo, roasted tomatoes, pepperoncino, sharp provolone and fried egg. The sweetie who waited on me said this was a very messy sandwich and not so good to go. He suggested that he hard cook the egg so it would hold until I reheated the sandwich later at home.

Both sandwiches held up well when two hours later I popped them into a 400 degree oven to toast up for 5 minutes along with the order of Potato Arrosto — “roasted with all the fat and flavor we could muster” just as the menu claims.

We never found out what those strange pods we smuggled in 30 years ago were. And there hasn’t been a mob hit around here in almost as many years. So it seems safe to say that you could come down to Food City any time of day or night and eat well. Paesano’s is open seven days a week from 11 to 7 pm. It’s just another kind of hit you don’t have to die for.