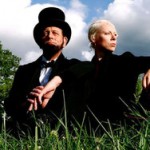 A giant of dance, Joan Myers Brown, has a biographer to match

In her 80 years, Joan Myers Brown has been an artist, entrepreneur, and visionary, who with steely grace founded first, in 1960, a dance school for African American children and then, in 1970, Philadanco, where young dancers of color could find a performance home. It is now one of America’s most important companies, and one of Philadelphia’s most renowned touring exports.

The challenge of relating Brown’s life and accomplishments, of capturing her vitality, glamour and humanity, required someone her equal in beauty and wisdom. No one was better qualified than Brenda Dixon Gottschild – performer, groundbreaking author, and professor emerita of dance studies at Temple University, where she taught from 1982 until retiring in 1999.

How Dixon Gottschild came to write Joan Myers Brown & the Audacious Hope of the Black Ballerina: A Biohistory of American Performance, published last month by Palgrave Macmillan, is itself a compelling story, revealing the continuum made possible by the grit and determination of the author’s African American predecessors, including Brown and, before her, such teachers as Marion Cuyjet.

Like Brown, Dixon Gottschild has the stamina of a lioness and the heart of a mother, and navigates the murky waters of race politics with panache and originality. Her first book, Digging the Africanist Presence in American Performance (1996) traced Africanist movement in ballet and modern dance – “Balanchine’s Americanization of ballet if you will,” she gives as one example. After its publication, she recalled at a Philadelphia book signing last month, “I was invited to submit a proposal on my dissertation, which could not have been published when I wrote it in 1981 because no one wanted to publish anything about dance and race.” 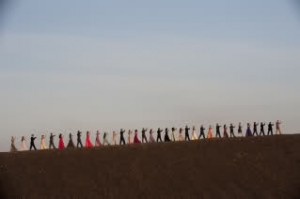 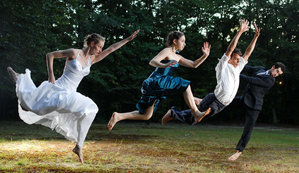 Green Chair Dance Group, which performed “Tandem Biking and Other Dangerous Pastimes for Two” at the Harold Prince Theatre, grew out of Swarthmore College’s dance department. It is based at the Mascher Space Cooperative in Kensington.

Throughout their show at the Annenberg’s Harold Prince Theatre on Saturday night, Green Chair Dance Group displayed intellect and exuberance in Tandem Biking and Other Dangerous Pastimes for Two. Its three dancers, Sarah Gladwin Camp, Hannah de Keijzer, and Gregory Holt, sustained a high level of gutsy, risk-taking antics, halting only periodically to “explain” what they were doing, or about to do.

Founded in 2004, Green Chair is the only dance group to grow out of Swarthmore College’s dance department and is now supported in part by its theater department. It is based at the Mascher Space Cooperative in Kensington. The three artistic codirectors produced Tandem Biking in collaboration with actor/director Alex Torra. Part of Annenberg’s “By Local” series, Saturday night’s show was packed, making the laughter and spontaneous applause all the more fun.

Holt strolls out to what could be an ordinary living room, with a neatly arranged backdrop of radiator covers topped with household bric-a-brac, and taps a computer that begins to play New Zealand composer Rosie Langabeer’s sound design. There ensues a frenzy of dance that is not dance – at least it’s certainly not traditional-looking dance phrases, even from a contemporary dance viewpoint. Various triangulations of the body – both arms on the floor, one leg out in carelessly torqued, ankle-hanging arabesques; other triangles made by the three as they connect and disconnect.

Watching, you’d think this is stuff you and your friends could do in your living room. Think again. It took these pros years to make it look so simple and playful. There’s wrestling, and finger wiggling, and Holt galumphing around flapping his arms, a wacky signature of his. Camp lies on her back, legs extended up, de Keijzer (who was so fascinating to watch as the chimpanzee in Marcel Williams Foster’s Sonso, Simians & Pierrot last year) bends over and Holt clambers over her, resting his chest on the soles of Camp’s flexed feet to create a perfectly square architecture.

They strip out of their hipster duds to beachwear and do beachy poses. They leave while Langabeer’s gently atmospheric music keeps us company as we wait for them to return, this time in multiple layers of winter outerwear; they do beachy poses in them, too. Stripping it all off to reveal themselves in skintight gold lamé, they dance with wild abandon, and then in slow motion, eyes often locked with the audience. You ought to see me laughing as I write this. Better yet, see Green Chair.