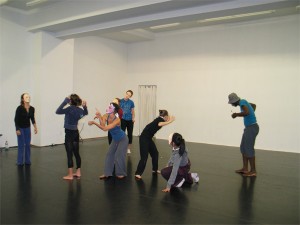 Nov. 9, at Polish consulate: journalists John Darnton, Dan Rather, Bill Wheatley, Andrew Gorski and others told funny stories of coverage of Solidarnosc hosted by former journalist, Consul General Ewa Junczyk-Ziomecka. Leading Solidarnosc architect and advisor to the the current Polish president, Komorowski, Henryk Wujek and the scamp of the underground press, Konstanty Gebert, AKA David Warsawski, also spoke. Gebert eluded police for years while playfully confounding them. After the fall of communism he resurrected the Jewish community in Warsaw finding, to his his shock and theirs, many friends with Jewish ancestry. I supported Solidarnosc for eight years because of its public declaration of being anti-anti-Semitic in its famous list of 21…

Video of first event for 30 Year Anniversary at the Polish Consulate. Great clips of my friend Elizabeth Sachs who was colleague with Henryk Wujek and Jacek Kuron, Solidarity leaders. Nathaniel Czarnecki, my escort for the event is seen weaving through the background as am I. Nathaniel is the son of the Reuters photo-journalist, Joseph Czarnecki, who took the most famous photos of the period.

On November 9th, 2010, the Consulate General of the Republic of Poland in New York, in cooperation with the Overseas Press Club of America, celebrated the 30th anniversary of the founding of Solidarnosc with a reunion of several U.S. foreign correspondents who witnessed the birth of the independent trade union.